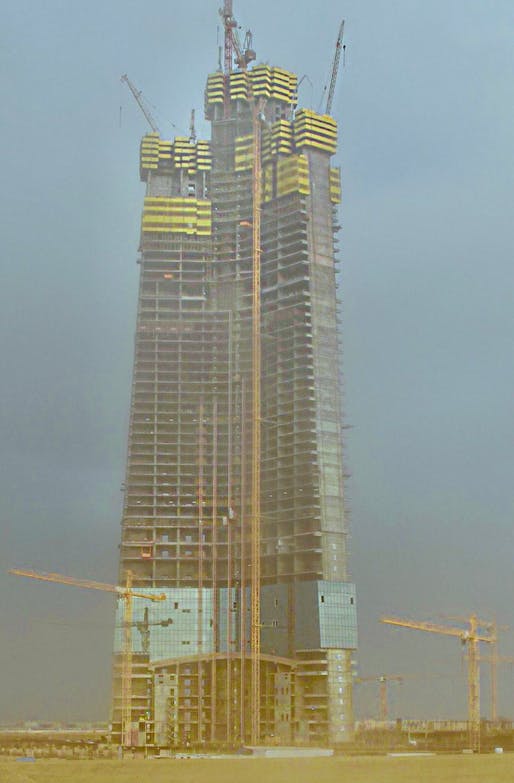 Construction of the world’s tallest skyscraper in Jeddah is going ahead, the head of the consortium behind the $1.5 billion project said, despite the detention of some businessmen backing the plan in Saudi Arabia’s crackdown on corruption. […]

Construction has reached the 63rd floor and the superstructure – the concrete shell and the cladding – is to be completed next year, Jomah said, adding that delays in some areas were inevitable because of technical challenges. — Arabian Business 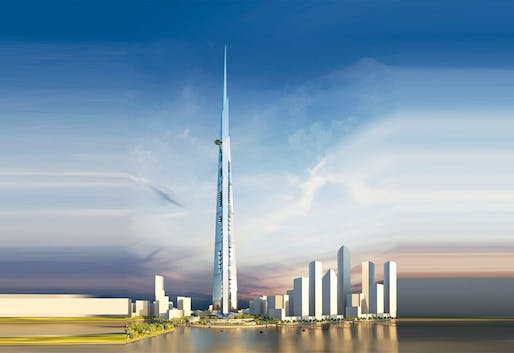 Progress on the soon-to-be tallest structure on earth has been troubled for a while, with the main contractor (and partial owner) Saudi Binladin Group going through a financial rough patch and, more recently, several project officials and royal family members being targeted by the country’s anti-corruption crackdown.